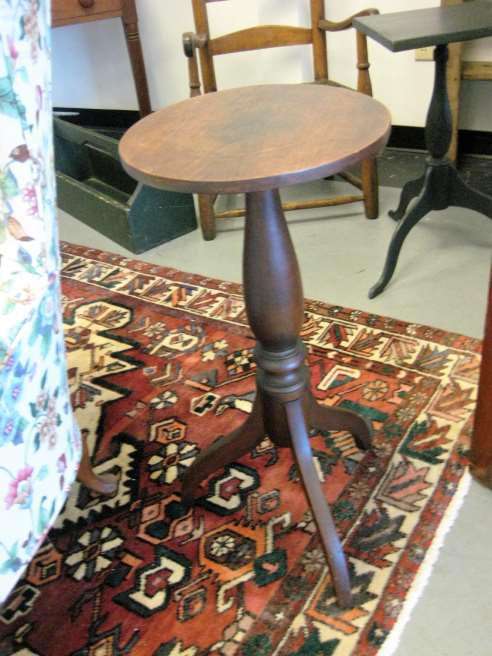 A number of other similar candlestands have appeared in the market and in dealer collections, all having the same “feel” of design. For each, the standard is heavy and the legs are high arched. They all are reported as made of black walnut. When Colonial Williamsburg decided to develop a Southern collection for the DeWitt-Wallace Museum, they too added one of these to their collection. It can be seen in their now classic reference book, Southern Furniture: 1680-1830, by Hurst and Prown, on pages 325 through 327. The CW collection piece is attributed to Southampton County, ca. 1830. There is also one in the Office in the Governor’s Mansion in Richmond, recently added to their collection. It had formerly been in the Mansion when Governor Pollard was in office, and it was attributed to King and Queen County. It can be seen in the following image: 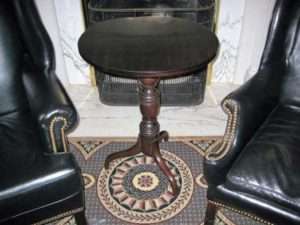 This candlestand is considered from its overall design as being Country Empire, with vestiges of the late Federal Period style being present in the Hepplewhite-shaped legs that are somewhat square and tapered. The condition appears just fine and as found.