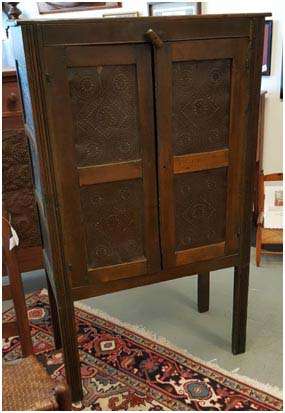 This all original pie safe appears to be in “as found” condition. While there are no markings found, it appears similar to the “mail order” varieties once so popular in the late 19th and early 20th century sales catalogs of such stores as Sears and Roebuck.