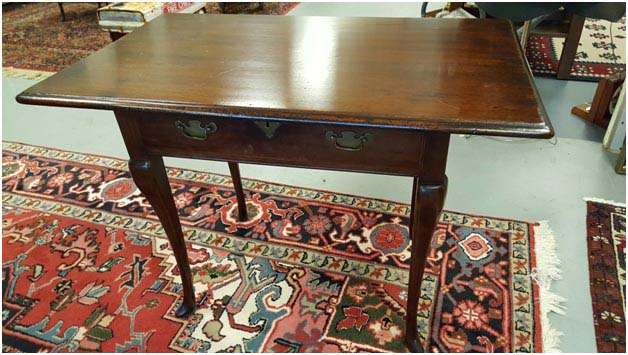 It is unlikely that you will ever again see another early, formal, high style Virginia table like this one. Early country furniture can still be found with some frequency, but certainly not early formal furniture. The simplest explanation is back in the day the population was low and the number of cabinetmakers were proportionately low too. For example, Virginia had 340,000 people in 1760, the Chippendale era. But in 1710, the Queen Anne era, there were only about 110,000 folks. The largest American city in 1710 was Boston with 7000, while London had 600,000!

This is probably one of the more expensive and rare pieces being offered in the period antiques marketplace today. Yet, sales records for other forms of rare and early Southern furniture exceed what the price is below.