Historic Print Of The Drafting Of The Declaration Of Independence 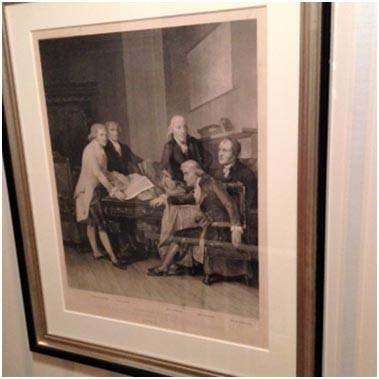 This one is by Peter Frederick Rothermel (1817-1895) from Pennsylvania, known for his historic art. The scene shown are some of the Founding Fathers advising Jefferson on his draft of the Declaration of Independence.