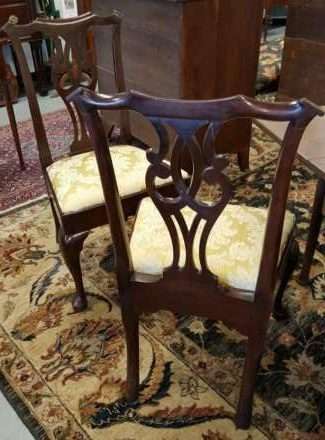 These appear to be rare and early variants of Walker’s Chippendale side chairs or certainly Rappahannock River area. As with other Walker chairs, these have the unique “triple valley” crest rail.” They also have a rarely found C-scroll ribbon back splat and the very early carry-over pad feet from the Queen Anne era. They have the double corner blocks at the seat rails, shown below: 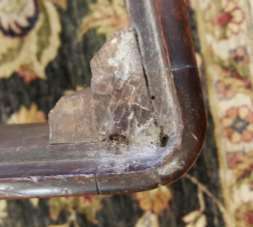 There are several reference books that have images that demonstrate similar designs. First is a Rappahannock side chair shown on page 95 of Hurst and Prown’s Southern Furniture. Note the identical splat:

The second is on page 84 of Beckerdite’s 2006 American Furniture. This chair is attributed to Robert Walker, and it has the same crest rail and a very similar splat: 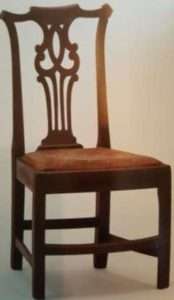