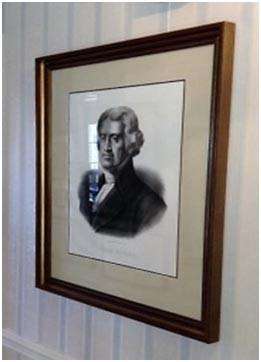 This one is published by William Smith of Philadelphia, working between 1865 and 1876. It is a black and white stone lithograph.

A “printer’s remainder” of these lithographs descended to a William Smith heir, who appeared in Charlottesville in the 1990s.  All were purchased locally. This is one from that collection. The condition of this print is mint, bright, clear, and pristine.